Truro Library Book Group — A Woman of No Importance : The Untold Story of the American Spy Who Helped Win World War II by Sonia Purnell 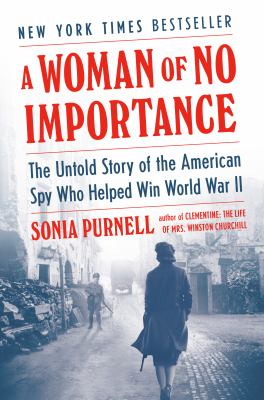 Truro Library Book Group
The September selection is A Woman of No Importance : The Untold Story of the American Spy Who Helped Win World War II by Sonia Purnell

The Book group is now meeting inside (or outside when possible) the Library. If you would like to join virtually, please email Maggie to receive an Zoom invite.

A remarkable chronicle of a courageous woman who worked undercover for British and American intelligence in occupied France during World War II and had to fight for every ounce of recognition she deserved. Throughout this lively examination of the life of Virginia Hall (1906-1982), British biographer and journalist Purnell (Clementine: The Life of Mrs. Winston Churchill, 2015, etc.) shows how, if Hall had been a man, dropping undercover in and out of occupied Vichy, Paris, and Lyon, setting up safe houses, and coordinating couriers for the Resistance, she would now be as famous as James Bond. However, this daughter of a well-off Baltimore family, who attended Radcliffe and Barnard before finishing her education in Europe, dreamed of a career in the American Foreign Service but over and over she was relegated to the secretary’s desk. In 1933, a freak hunting accident in Turkey left her with an amputated left leg, a horrendous experience that only seemed to steel her resolve to live her life as she pleased. The outbreak of Nazi aggression in 1939 and subsequent invasion of France prompted Hall to volunteer to drive ambulances for the Service de Sant des Armes. Then, a fortuitous meeting with an agent of the Special Operations Executive, the fledgling British secret service, sealed her fate. Impressed by her courage, independence, and poise, the SOE tasked Hall with returning to occupied France to help coordinate the work of local Resistance leaders and future SOE agents. Her appointment, writes the author of her consistently fascinating subject, “was an outstanding act of faith in her abilities, which had for so long been belittled or ignored.” Hall’s daring efforts in the breakout of Resistance prisoners in the Vichy-run internment camp at Mauzac, in March 1942, was a stunning achievement considering the enormous danger of getting caught and tortured by the Gestapo. Later in the narrative, the author amply shows how her later CIA work was only grudgingly recognized and celebrated. Meticulous research results in a significant biography of a trailblazer who now has a CIA building named after her.