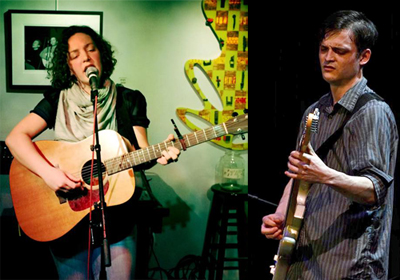 Cape Cod native Jordan Renzi and her guest Mike Machaby will treat us to a fusion of traditional folk and contemporary soul. Singer-songwriter Jordan Renzi, influenced by artists such as Eva Cassidy, Bob Dylan, Laura Marling and Norah Jones, recently picked up a nomination for Limelight Music Awards’ 2016 Female Vocalist of the Year and a grand prize in the 2017 Eventide regional songwriting competition, and won the 2017 AFCC Fellowship for the Performing Arts.  Her album Featherbed Lane was released in 2016. Mike Machaby is a multi-instrumentalist, alternating between lap steel, mandolin and lead guitar. He has worked in studios in NYC and at the legendary Alabama recording studio Muscle Shoals with Siobhan Magnus. A performer and composer in his own right, he is involved in several musical projects here on the Cape.  Join us for an evening of music!