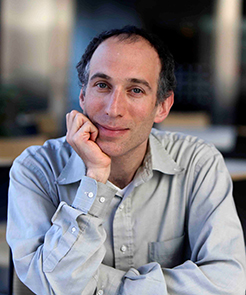 Who We Are and How We Got Here: Ancient DNA and the New Science of the Human Past

The earth is inhabited by about 7.6 billion people today, but at one time we were a newly evolving species living in small regions of the planet, learning how to communicate, use tools, grow enough plants to support larger communities, and establish new places to live.  Curiosity about this evolution has spawned multiple academic fields devoted to solving the mysteries of our origins.  Massive technological innovations now allow scientists to extract and analyze ancient DNA as never before, and genomics is emerging as important a means of understanding the human past as archaeology, linguistics, and the written word. In his new book Who We Are and How We Got Here (Pantheon), David Reich describes how the human genome provides not only all the information that a fertilized human egg needs to develop but also contains within it the history of our species. Join Reich as he discusses how the genomic revolution and ancient DNA are transforming our understanding of our lineage as modern humans, and also how DNA studies reveal a deep history of inequality—among different populations, between the sexes, and among individuals within a population. He examines how research contradicts the orthodoxy that there are no meaningful biological differences among human populations, at the same time using evidence provided by genomics and ancient DNA to show that the differences that do exist do not conform to familiar and often pernicious stereotypes. Reich, a pioneer in analyzing ancient human DNA, is a professor in the department of genetics at Harvard Medical School and an investigator at the Howard Hughes Medical Institute.