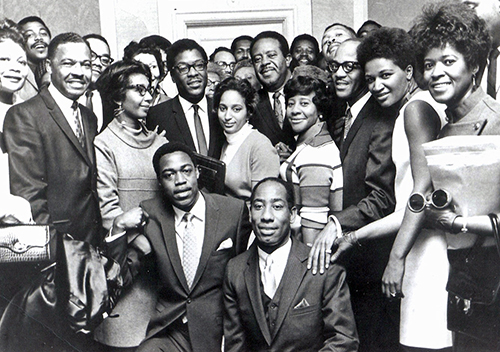 The Truro Public Library is proud to present a screening of the documentary Alice’s Ordinary People.  The ordinary people in Craig Dudnick’s 2012 film were civil rights and voting activist leaders who educated and mobilized thousands of people over several decades in Illinois, and, in Alice Tregay’s words, “made things happen.”  Chicago native Alice Tregay became politically active in the 1960s, marching many times with Dr. Martin Luther King, Jr. in support of open housing and of desegregation in Chicago public schools.  When Dr. King joined the Reverend Jesse Jackson and the Reverend James Bevel to form Operation Breadbasket, Ms. Tregay followed—and soon became a leader in her own right, making her biggest impact as the founder and director of the Political Education Division of Rainbow PUSH.  Her efforts brought in countless votes and impacted many campaigns over decades, including those of Congressmen Ralph Metcalf and Jesse Jackson, Jr., Mayor Harold Washington (Chicago), President Jimmy Carter, and Senator and then President Barack Obama.  A major part of her legacy (Ms. Tregay died in 2015) is the organizing wizardry she shared with future generations.  All elections depend on voter turn-out.  Come get inspired by how Alice Tregay and her “ordinary people” made and continue to make things happen.  Filmmaker Craig Dudnick will answer questions after the film.  Please call the Truro Public Library at 508-487-1125 for more information.