Under One Sky: A Song and Story Celebration –with Davis Bates 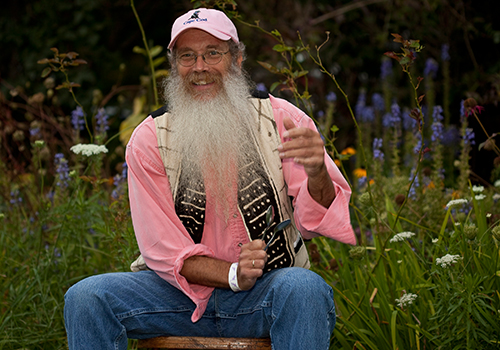 At the Truro Community Center
The Truro Public Library, the Truro Council on Aging, and the Truro Department of Recreation will celebrate the diverse heritage of the New England region and April school vacation with a performance by Parents’ Choice award recipient Davis Bates.  Entitled “Under One Sky: A Song and Story Celebration,” the intergenerational program embraces a variety of cultural traditions and includes traditional songs and tales from around the world, sea songs and chanteys, farming and sugaring songs and stories, and family tales. There will be plenty of sing-alongs, a short lesson in how to play music with spoons, and an appearance by a dancing wooden dog named Bingo.

Pete Seeger called Davis a “thoughtful, creative, human, and a fantastic storyteller.”  Davis’ traditional and participatory performance style empowers and encourages audiences of all ages to join in the fun, and to take the songs and stories home with them to share with others. He also encourages listeners to remember and tell stories from their own family and cultural traditions.

Davis Bates has been telling stories for over thirty-eight years in schools, libraries, colleges, and community settings around New England and across the country. His recording of Family Stories won a Parent’s Choice Gold Award, and was named one of the year’s best audio recordings by Booklist Magazine. Davis has also served as director and consultant for several local and regional oral history and folk arts projects. Davis lives with his family in the village of Shelburne Falls, MA, and when he isn’t collecting or learning stories he spends his time gardening, cutting cordwood, and working on various pollinator and wildlife preservation projects.

All ages are invited to attend.  Be sure not to miss this wonderful of program of traditional interactive family entertainment. For more information call the Library at (508) 487-1125 or the Community Center at (508) 487-2462 x11. This performance is funded, in part, by a grant from the Truro Cultural Council, a local agency supported by the Massachusetts Cultural Council.