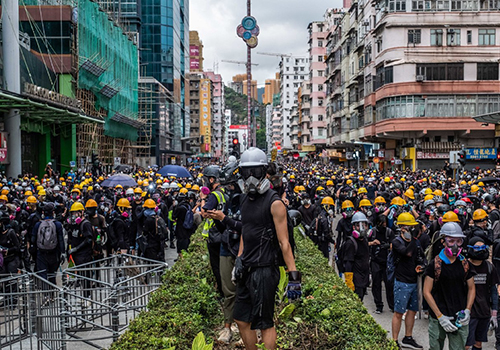 Tear Gas, Turmoil, and Tyranny in Hong Kong
with Tony Fizzano
Do you enjoy the freedom that comes with living in the United States? Do you know about what’s happening in Hong Kong – perhaps from the news? Tony Fizzano will share the perspective of someone who was struggling for freedom in the teargas, face to face with riot police. During Teargas, Turmoil, and Tyranny in Hong Kong, Mr. Fizzano will give a broad overview of what has been happening there (including certain parts the news won’t show you), as well as recount his first-hand experiences with other protesters. Hear about the roles of companies like Apple, Disney, and Marvel, as well as China and the United States in this revolutionary affair. Can you imagine what it’s like to have your freedom on the line?