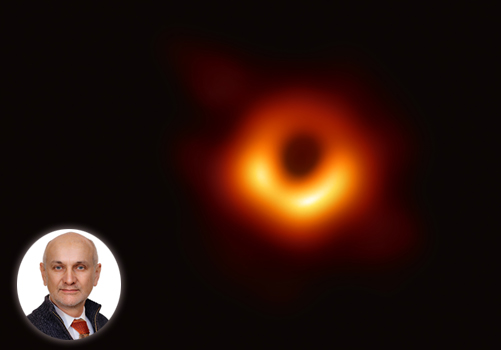 Join us for an exploration of quasars and black holes with Center for Astrophysics Ι Harvard & Smithsonian Senior Astrophysicist Martin Elvis. It is a strange fact that right next to the darkest places in the universe—black holes—lie the hottest, brightest places. These are the quasars and they lie at the hearts of galaxies. It has been a century since astronomers first had a clue that something odd was happening in those places, and half a century since black holes were proposed as the answer. Yet quasars are still mysterious. Dr. Elvis will explain those mysteries we have figured out, and how we came to know them, including the new image of the event horizon revealed in April of this year.

Dr. Martin Elvis is a highly cited astrophysicist (over 30,000 peer citations) who, over the course of many years, has used most large space based observatories to publish some 450 papers on supermassive black holes, seen as quasars, out to the edge of the universe. Lately, concerned about the growing cost of space telescopes, he has turned to researching the astronomy needed to enable asteroid mining, with a view to cutting those costs in the long run. He has published widely on issues related to asteroid mining and the space economy. He is unduly proud that he is (probably) the first professional astronomer to visit the Harvard Business School on business. He obtained his PhD in X-ray astronomy in 1978 in the UK, and has worked at the Center for Astrophysics | Harvard & Smithsonian ever since on a series of space X-ray telescopes, culminating with the Chandra X-ray Observatory. He is a fellow of the American Association for the Advancement of Science, a Member of the Aspen Center for Physics, and is past-Chair of the Hubble Space Telescope Users’ Committee and of the High Energy Division of the American Astronomical Society. Asteroid 9283 Martinelvis is named after him.