IN A JAR StoryWalk® 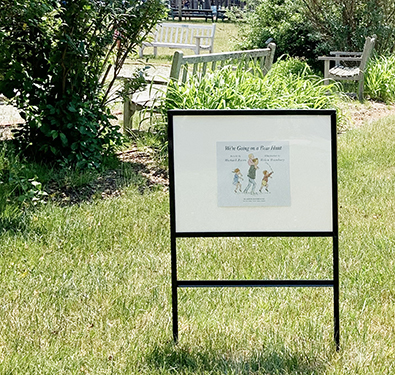 Welcome to the third StoryWalk® of our 2021 series!

*The Truro Twine Fields Conservation Trail is located at the top of the hill on Pond Village Ave. (a right-hand turn off of Pond Road). The trail can be seen from the street, and you may park alongside the road nearby. The book is displayed along the trail straight ahead and then loops around to the right. Please be aware there is poison ivy directly off the trail.  Enjoy!