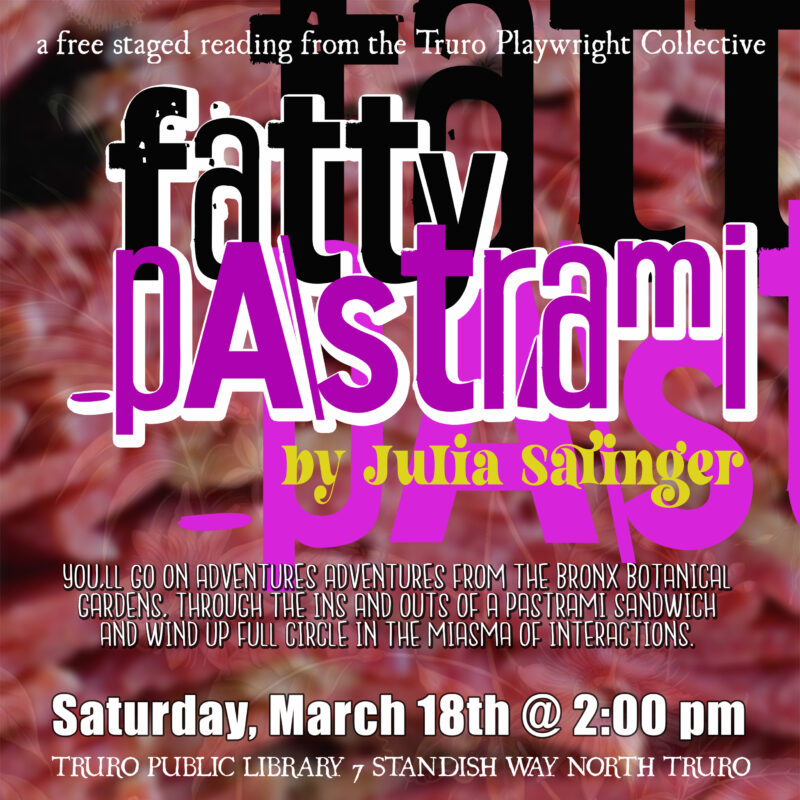 Tells the story of daughter and father and the trials and tribulations of their relationship. You’ll go on adventures from the Bronx botanical garden, through the ins and outs of a pastrami sandwich—winding full circle in the miasma of our most intimate r

Beginning her career path as an art historian – Julia is a painter, poet, printmaker, installation artist, and published writer. She has appeared in numerous plays at the Provincetown Theater, the Academy Playhouse, the Barnstable Theater and the Wellfleet Harbor Actors Theater. She also appeared in the film, “Man Of War” produced by Joe Pantaliano.