FREE STAGE READING: “The Boathouse” by Will Hildreth 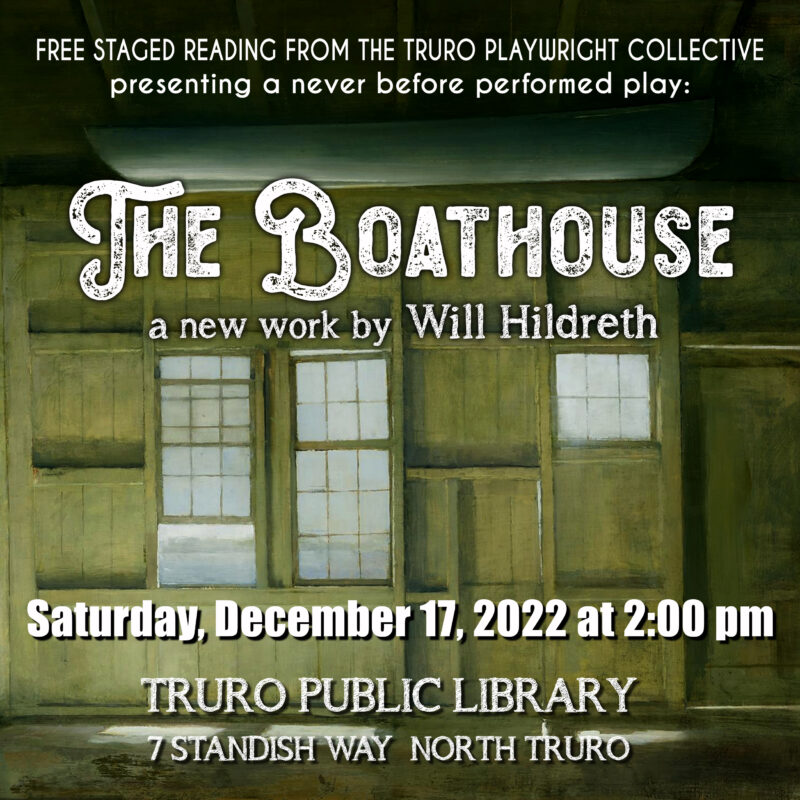 The Boathouse is the story of a challenging relationship between two Provincetown families, a long-time Provincetown fishing family (The Atkins – Sally, Miles, and their teenage son Ethan) and the other “wash ashore” gay couple Bob & Steve Dunn-McDonald. The play explores themes of gentrification, addiction, class tensions, and conflict that transpires after the Dunn-McDonalds buy a home next to the Atkins and begin extensive renovations.

Will Hildreth grew up in the theatre; his Father Daniel was an actor in repertory at Philadelphia’s Theatre of the Living Arts in the 1960s. Some of Will’s earliest memories are of watching rehearsals for Nicolai Gogol’s “The Inspector General” at TLA. Later, Will played a child ghoul in the d-list horror film “Malatesta’s Carnival of Blood.”

Will worked in story development and production in Los Angeles and later moved to Truro year-round with his husband Ryan and their dog Gunther von Wiggles.

Will continues to write among the scrub pines and hills of North Truro, and has done further study with the playwrights Winter Miller and Arlene Hutton in New York City in recent years.

Will is thrilled to join this Truro Playwrights Collective reading series, having worked with many of the talented writers in the group at the Provincetown Playwright’s Lab and on independent projects

This is part of our on going playwright series: