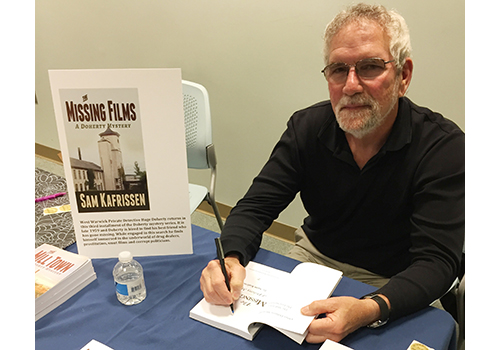 Sam Kafrissen is a former history teacher who enjoys exploring historical, political, and cultural contexts in his novels. He has published several short stories in two collections called Mosaic and Mosaic Two, and writes feature and sports stories for his local newspaper, The Arlington Advocate.  This is his third novel, following The Lost Survivor: A Doherty Mystery and The Mill Town: A Doherty Mystery.  He and his wife split their time between Arlington, MA and Truro.